The objective of the study is to derive applicable methods which support ship-owners in the decision-making process of introducing more autonomous systems on their ships and in their “Management of Change”.

Ship owners are confronted with an increased level of automation and digitalization in their domain. New techniques are introduced constantly having a significant influence on crews work environment and shipping safety, which can hardly be covered by the current “management of change” practices. Typically, no risk assessments are performed for smaller steps in ship automation, which leaves uncertainty to the ship-owners and authorities when it comes to qualitatively or quantitatively describing the impact of automation on safety and though ensuring that safety levels are met.

The expected outcome is a systematic risk identification and assessment methodology for the introduction of autonomous vessels to the shipping domain. Based on derived scenarios of automation, recommendations for decision making with implications on redundancy of systems, safety critical systems, remote control aspects and equivalent safety level will be proposed. The following specific objectives will be covered:

The Project consist of the following work packages:

WP2: Definition of scenarios, adaptation of a test bed and preparation of algorithms for simulation 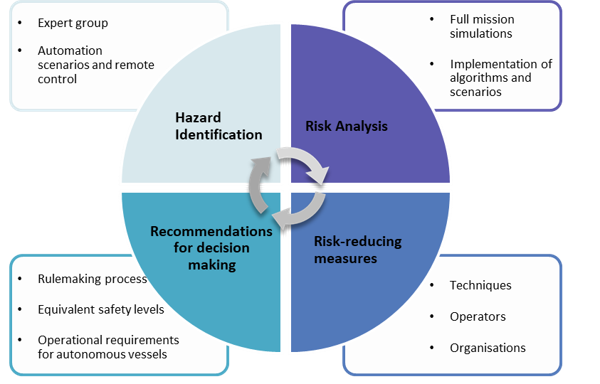 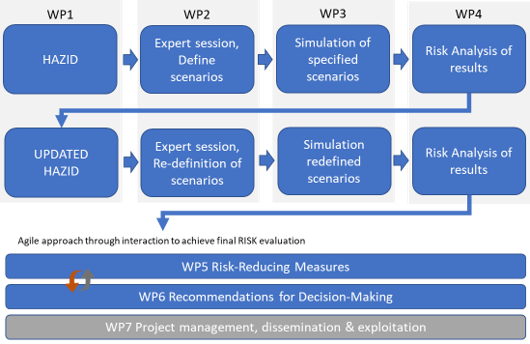