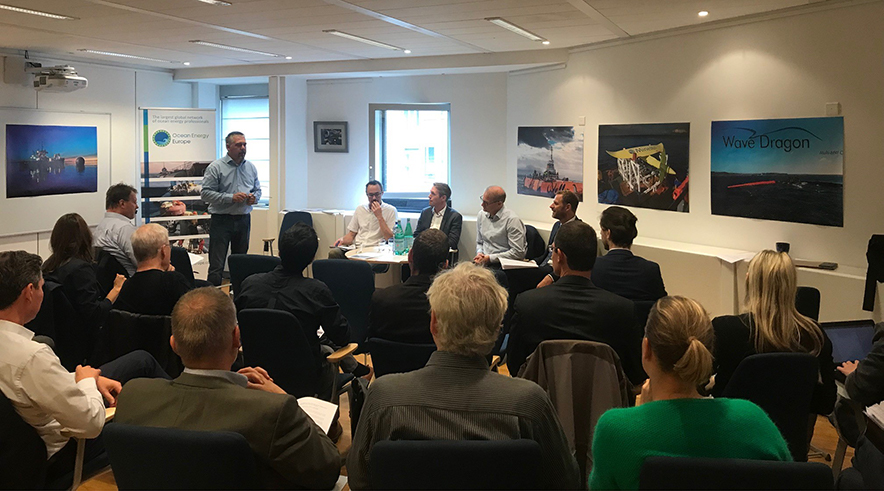 Ocean Energy Sweden together with Ocean Energy Europe hosted an interesting event in Brussels on Nordic technology development and their success stories through ocean deployment.

At our recent event in Brussels which was organised with the help of Vinnova and Ocean Energy Europe, the Nordic ocean energy expertise was put on display. Expert panels of world-leading technology developers explained their successes to-date through ocean deployment, how the EU and its Member States are helping, and what challenges lays ahead. The sessions of the day to discuss were:

Pierre Ingmarsson, head of ocean energy business development at RISE and responsible for the Ocean Energy Sweden network, was pleased with the outcome of the event:

“I think it was great, the industry from the Nordic countries was given the opportunity to make their voice heard in Brussels in a discussion panel with the European commission. The Nordic countries has a long history of strong collaboration and there should be no exception in the ocean energy sector. All the Nordic countries have companies that have successfully deployed large scale devices in the European waters and with strong backing of the supply chain we are accelerating the learning curve on the route to a commercial market. We hope to do this again next year.”

“It was a great opportunity to give the European Commissioning an update on Minesto’s operations and plans for market penetration. We had productive discussions regarding how the EU can support Minesto and other technology developers in deploying more devices and thereby reducing the cost of energy produced.”