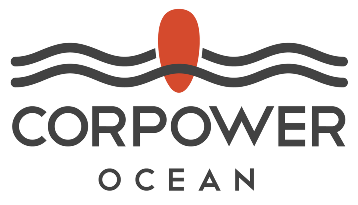 The challenge in wave power is to design a device that is robust enough to survive the toughest storms, at the same time produce enough energy to make it a viable business case. So far wave energy converters have been too large and costly compared to their energy output, which has prevented commercial harvesting.

Our aim is to establish a new generation of highly effective wave power for utility-scale energy generation offering a cost of energy that can compete with established energy resources.

In a world of exponentially spiralling environmental pressures, the need for alternative energy production systems is overriding. Harvesting nature’s vast resource of energy contained in ocean waves sustainably and effectively could potentially produce 2000-4000TWh of electricity per year – 10-20% of worldwide electricity consumption – and create a world where producing human energy needs is efficient, clean and economical.

RISE Research Institutes of Sweden is a network of Research and Technology Organisations (RTOs), wholly or partly owned by the Swedish state. The RTOs within RISE perform industrial research and innovation. Some of the RTOs also perform testing and certification.

RISE contributes with experience from machine learning, radar development, ocean energy and wave hydrodynamics and acts as a project leader.

Ocean Harvesting Technologies AB was founded in 2007 in Karlskrona, Sweden, to develop wave power technology. R&D has been focused on energy storage integration in the power take-off to smoothen captured energy and to improve the power capture performance.

In 2017, OHT realised the opportunity of using a regenerative braking technology, also referred to as Kinetic Energy Recovery System (KERS), from the automotive industry to provide this combination. This led to the development of the InfinityWEC Wave Energy Converter.

We believe that proper radar system design shall be based on prestudy analysis using adequate and accurate models of the system.

From various measurements, the radar system modelling is confirmed/ improved. Using this enhanced understanding of the radar sensor, suitable system and subsystem requirements can be stated.

With 30 years of proven experience, Rosemount TankRadar® from Emerson Process Management helps customers attain a better bottom line through improved safety, reliability and efficiency. Customers declare their satisfaction with the TankRadar® by continuously voting it to top rank in the Control Readers’ Choice Award.