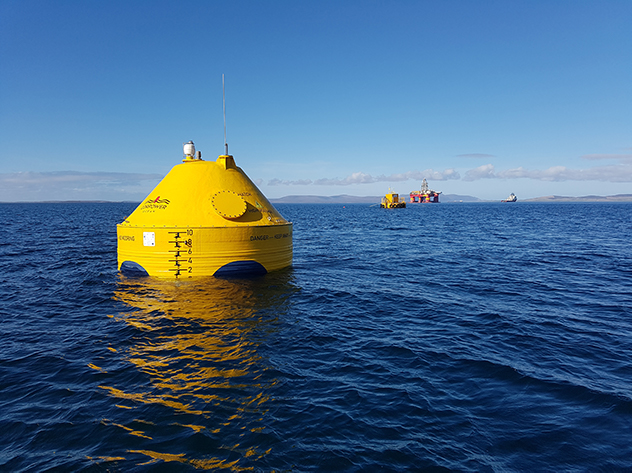 Swedish developers CorPower Ocean and Irish Simply Blue Energy have signed an agreement regarding a strategic collaboration. The reason behind this, is their common goal of developing several commercial wave energy projects off the coasts of the UK and Ireland. The agreement is a result of a nearly 2 year long collaboration between the companies and this is simply a natural next step.

Simply Blue Energy have identified a number of areas where they would like to develop wave energy farms using the technology of CorPower. The agreement states that the goal is to deliver the first electricity in the year of 2024, followed by an up-scaling until 2031. CorPower has agreed to deliver a certain amount of capacity as long as certain milestones are met during this period of time.

Sam Roch-Perks, CEO of Simply Blue Energy said, “We have worked with the team at CorPower over the last 2½ years and they have, during this time, convinced us that they have the ability to bring their technology to the required levels of technical readiness within the timeframes we have agreed. We are also excited to explore the possibility of combining floating wind and wave energy to bring balance to the grid which is so important if we are to increase the reliability and viability of renewable energy”.

“We are very excited about the collaboration with Simply Blue Energy which is a dedicated blue economy developer with strong vision and execution capabilities. These commercial projects line up as the next step following our ongoing product verification and certification program.  Having a commercial developer investing in projects based on our technology is a significant milestone for CorPower and the wave energy industry as a whole” said Anders Jansson, Commercial Director, CorPower Ocean.